Cinnabon has made a huge multimillion-dollar business selling delightful cinnamon rolls. You can probably already smell the sugar, cinnamon, butter and bread cooking just thinking about it. All those lucky Americans have to do is go to their local mall and buy one. But until Cinnabon makes its way over to the UK, you can easily make them at home. You’ll become the place to go for after-school snacks and your kids will run home fast. 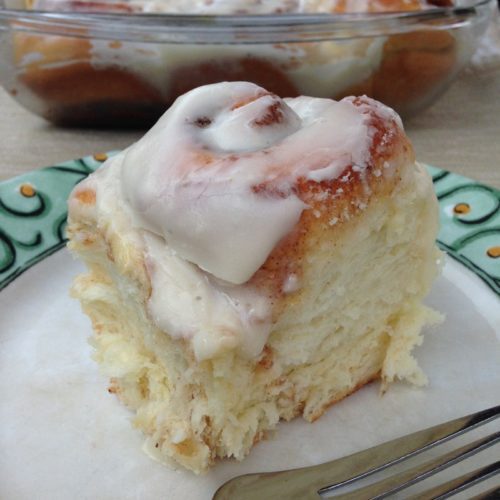 Members can add their own private notes to recipes!

Tried this recipe?Let us know how it was!