This recipe features 2 large bone-in pork chops weighing in at 12 oz. each. They can be served as is for two hearty portions or divided to serve four.

As always, cook meat to temperature, not by time. Final cooking time will depend on a number of factors, including the size and thickness of the cut of meat and the starting internal temperature. The safe cooking temperature of pork is 145°F (63°C). To avoid overcooking, remove from heat once temperature passes 140°F (60°C). The temperature will continue to rise several degrees while the meat rests. 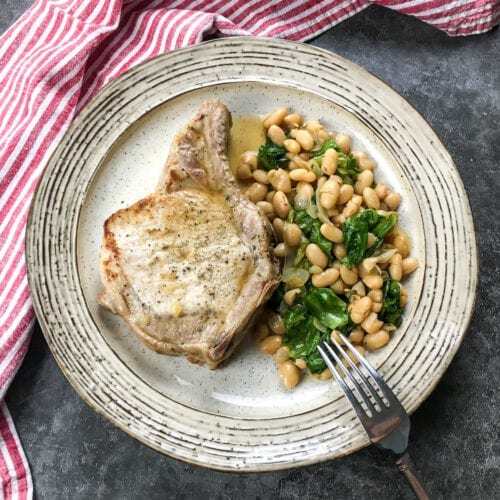 Tip: The escarole in this recipe may be substituted with chopped kale, Swiss chard, or spinach.

Members can add their own private notes to recipes!